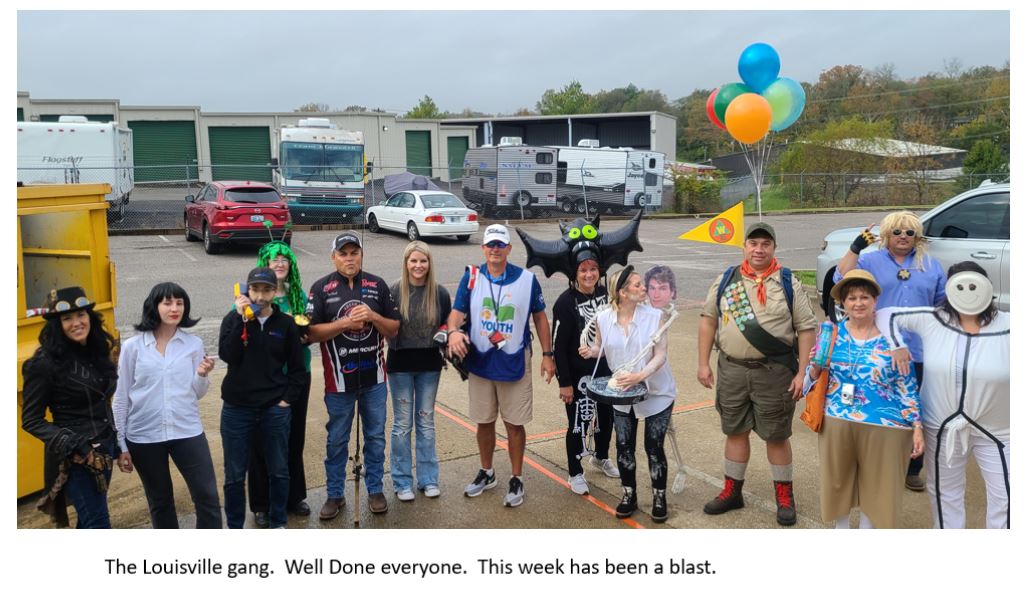 Sometimes it just has to be fun.

Our team works hard. Really hard. All the time. But this week we had some fun.

We’ve had Spirit Week here at Unified all week long. Adam Fischer came up with the idea when his daughter’s school had one a few weeks ago. It has been a great success. In the aftermath of being shut down and out during Covid, the comradery and fun was much needed. It started pretty simply on Monday with a kickoff breakfast and PJ’s and Slippers contest. Hope Smith took the prize for that. We also announced the putting, cornhole and casting contests that would continue all week whenever an employee had a free minute they could participate. If you’ve never tried to get 78 employees on the same page at one time, well, it’s like herding cats. So, we needed to be flexible.

Tuesday was hat day and sign ups for the ‘Get to know ‘em Lunch Challenge”. Everyone who wants to participate adds their name to the list and groups of 3 are chosen to go to lunch together. The idea is to get to know people you don’t see everyday. The hats were fun, Brian Hanners won for his sombrero and we had half the company sign up for the Lunch Challenge.

Wednesday was Sports Day. It gave everyone a chance to sport their favorite team (or tennis player) attire from Liverpool Football Club (thanks to Hunter Harper), to Roger Federer (in person thanks to Hope Smith). Glenn Turner’s Braves outfit and Mark Hiland’s Tom Brady Michigan jersey were winners too. Wednesday was also The Great UT Snack Off Challenge. Helen Clasby beat out the rest of the pack with her Henry Bains spread. The corn hole throwing, fishing and putting challenges continued.

Thursday was the much-awaited return of the Annual Chili Cook Off. A day Mike Gabhart proclaims as “The Best Day of the Year!” To say that the competition rose to a new level would be an understatement. 13 entries in Louisville and another 3-4 in Lexington. It was hard to choose the best but Christian Beary retained possession of the coveted ‘Golden Ladle’ for a second straight year (if you don’t count the Covid missing year). The finals of the corn hole challenge turned out to be extremely competitive. Who knew? Brian Hanners took the trophy for that.

And we have reached the end of Spirit. I thought the team might be ‘spirited out’ after everything that had happened so far but NO. The costumes originality and details were the best we’ve EVER had. Participation was great. The pictures don’t do justice to the minute details and creativity abounding.

The Winner was Mark Hiland’s ‘Russell from the movie Up’. He seriously had every last detail (except the bugle which is delayed due to shipping)

If you are considering having a Spirit Week at your company, and I would highly suggest it, be sure to follow the next week with a Company Diet Week.

But seriously, I saw a quote once that said

“I know that fun isn’t a typical metric in the corporate world but you know what it’s worth …Because fun allows people to relax and be fully themselves which makes them productive and more engaged and that affects the bottom line. The value of a tight-knit community. That feeling of being a part of something special no matter how big or small something personal, inspiring. Fun.