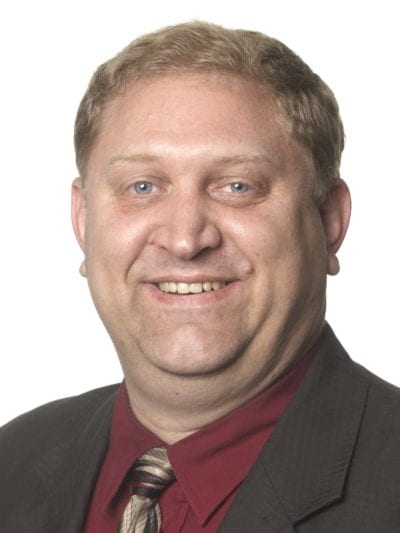 Dan is the newest addition to our IT Managed Services Division. We are excited to have his expertise on our team.

Daniel C. Nelson II is from Zanesville, OH and graduated with an Associate Degree in Electrical Electronics Technology from Zane State College. After graduation, Dan was invited by his EET Professor, to serve on the Advisory Board for the college to assist them in creating curriculum that would develop a real-world environment for new students.

From 1995 to 2009 he worked for Gannett Newspapers at three different newspapers. From an IT role at the Zanesville Times Recorder to other positions in the IT department.  Dan was system administrator for Win2k3 & Apple servers, managing all onboarding & offboarding users & their accounts and held training classes for new hires to help them get started in technology. He managed onboarding companies to accept the PDF technology to paginate their production and use Gannett as their print house.

For the last 10 years Dan worked for Scoppechio as a Systems Specialist. offering Desktop level support for 200 employees, managing ordering and inventorying for the IT Department and scheduling third party technicians.

Dan has been married to his high school sweetheart, Sherry, for 34 years.  They have four hardworking boys.  The family moved to Kentucky in 2007.  The boys found four Kentucky girls, and after 14 years, Dan has 8 grandchildren, plus 2 more on the way.  In 2008 Dan became Pastor Nelson, as he took on the responsibility of a church in Jeffersontown, KY. When dan is asked what he does in his free time and he replies with a snicker “what is free time?”.

Dan’s wife is the manager of the Nelson Home, which is a huge responsibility.  His oldest son, Daniel III, is a Parametric for Louisville Metro.  His 2nd son, Kalyn, is a Bank Specialist for PNC Bank. Son #3, Josiah, is an EMT for Louisville Metro studying to be a Paramedic. and the baby of the family, Noah works for UPS with dreams of traveling the world in a fully electric, sun powered van.