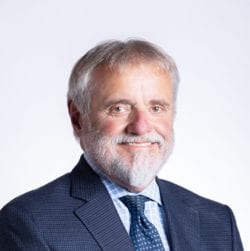 Unified Technologies today announced that Mike Fischer, the company’s President and fearless leader, has decided to retire effective today.  Adam Fischer will now serve as President of the company.  Adam was approved through a unanimous show of support by the company’s Partners on Monday evening.

Mike has served in his current role since June of 2020, and prior to that, was a key founding member of Unified Technologies in 2009.  His business experience and loyalty to his employees played a key role in the success of Unified.   His generosity serves as a great example to all who worked with him.

Mike began his telecommunications career in 1979 with Cedco and moved up the ladder from salesman to President and Owner. He’s tried several times to retire but his dedication to the people he has worked with through the years has pulled him back into the business.

“Mike has poured his heart and soul into UT, and we all appreciate it more that he will ever know.  Adam is uniquely qualified to step into his shoes.”, Jim Bartlett (who has worked with Mike for over 30 years).

“We can’t thank Mike enough for everything he’s done to assemble a team and define a mission that eventually became Unified Technologies!”  Mike Avery, Account Manager at Unified.

“The Fischer name has been a staple in the telecom industry in this region for nearly 50 years, stretching back into the late 70’s. Mike Fischer’s experience has helped shape Unified Technologies and we’re appreciative of the strong Foundation he leaves behind. We’re excited to have Adam Fischer lead our organization forward. Unified Technologies is well-positioned to support our customers across the four technology divisions; IT, Unified Communications, Security & Cloud. Adam’s influence has been critical to the growth and development of our portfolio of services and we are fortunate to have him as our next President.”, Michael Gabhart, Vice President-Sales

While his partners and members of the Unified team wish him all the best, they also know he’s just a phone call away if needed.  Congratulations Mike!