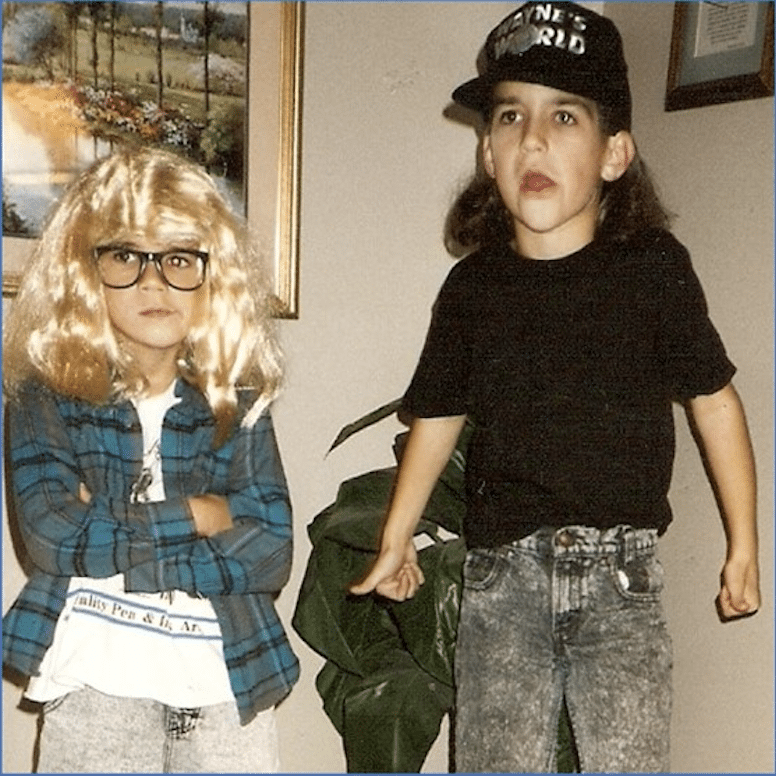 Halloween only comes once a year, and who doesn’t remember trick or treating as a kid? I think everyone has that one favorite costume that made them feel amazing, awesome, pretty, or just really cool as a kid. I can’t remember much about when I was 6, but I can still remember the shiny pink fabric and the white ruffles of my “Little Bo Peep” costume. I can still remember how the ruffles on the pants of the costume rustled as I went from house to house. Maybe the funniest costumes I remember were when my sons dressed as Wayne and Garth (from Wayne’s World) and asked for candy by saying, “Yo, dude, I’d like some candy, please.”

We asked several of our team members to share some of their favorite Halloween memories.

Jane Davis, Account Rep in Lexington said, “When he was 10, my son decided the only way you could see skeleton bones was if you had an x-ray machine. So, he made one!” Very clever! 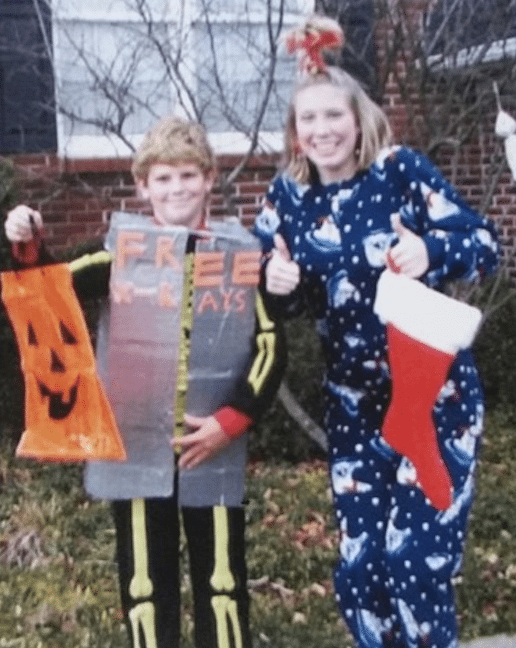 Mike Avery, Account Rep in Louisville said, “Casper the Friendly Ghost – I was 5 years old. I just remember being really excited about it.”
Unlike Mike, several guys in our Sales Department chose a little ‘less friendly’ costume as their favorite.

Hunter Harper and his girlfriend Stephani Howard went one year as Cecile the Lion and the Dentist that shot him. 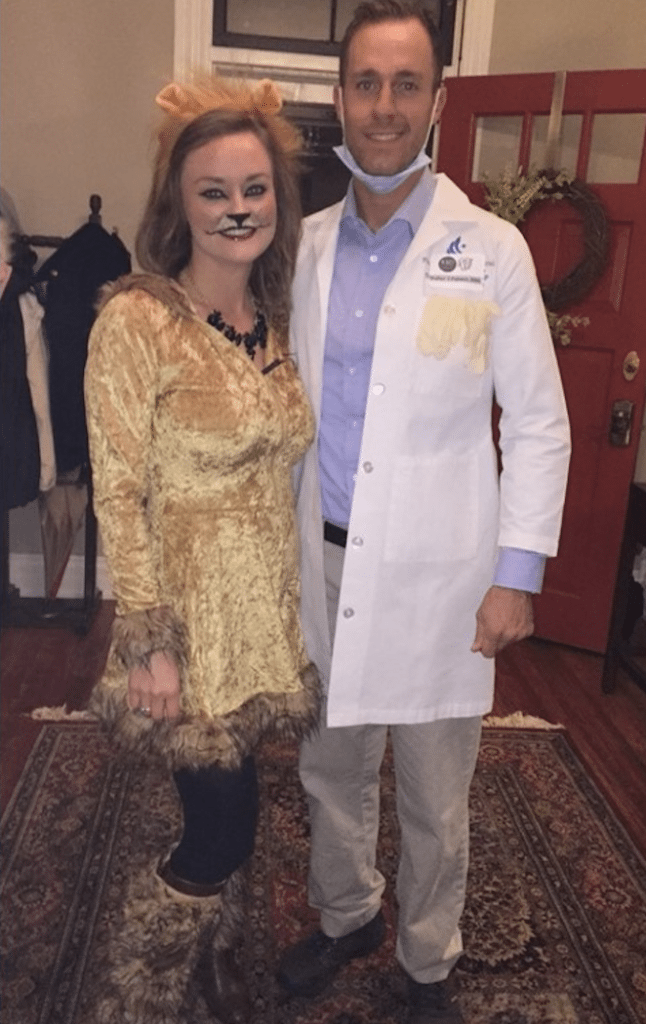 Our interns chimed in with Luke Buhe in Lexington saying, “I was a McDonald’s snack wrap in high school. I wore the cardboard cutout they usually have in stores.” I don’t have a picture of Luke, but you can probably see a replica of his costume at your local McD’s. Dylan Hass, a Louisville office intern, said his favorite costume was a “hip-hop dancer”.

Some of our moms got a little creative. Melissa Johnston, Project Manager said, “The one and only costume that I made, and it’s still my all-time favorite…” was the Edward Scissorhands costume she made for her son, Cole. 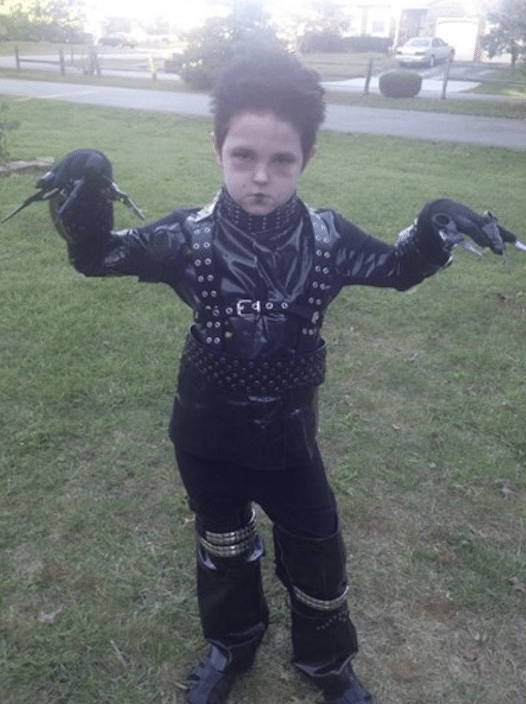 Ashley Logan, Account Rep in Lexington was “really proud of my homemade mummy costume a few years ago,” which was made for her son, Graham. 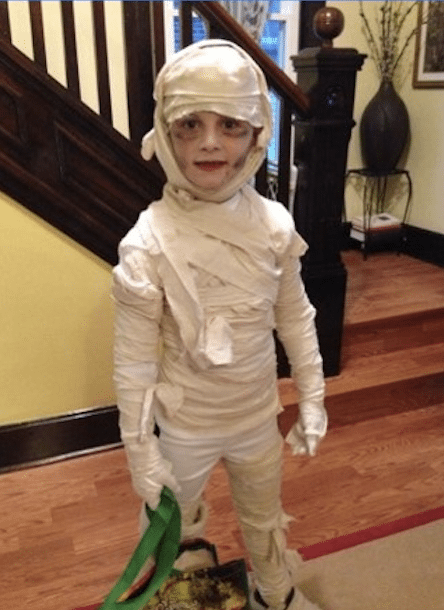 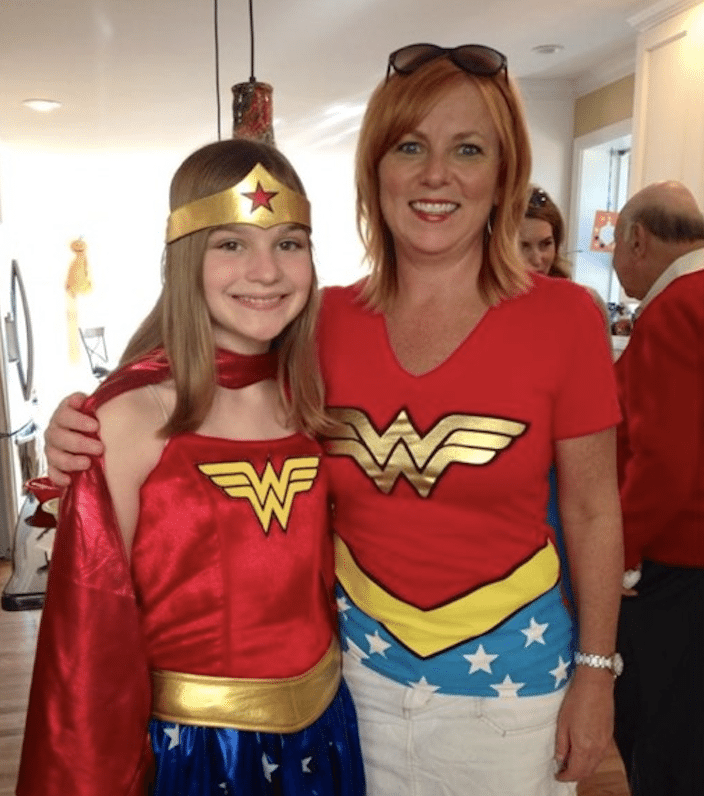 Helen Clasby, Project Manager in our Louisville office, said her favorite costume was being a “Hobo.” I’m not even sure if young people today would know what a hobo is, but, I bet it was a comfortable costume.

As always, our team at Unified Technologies hopes all of you stay safe and enjoy your festivities.