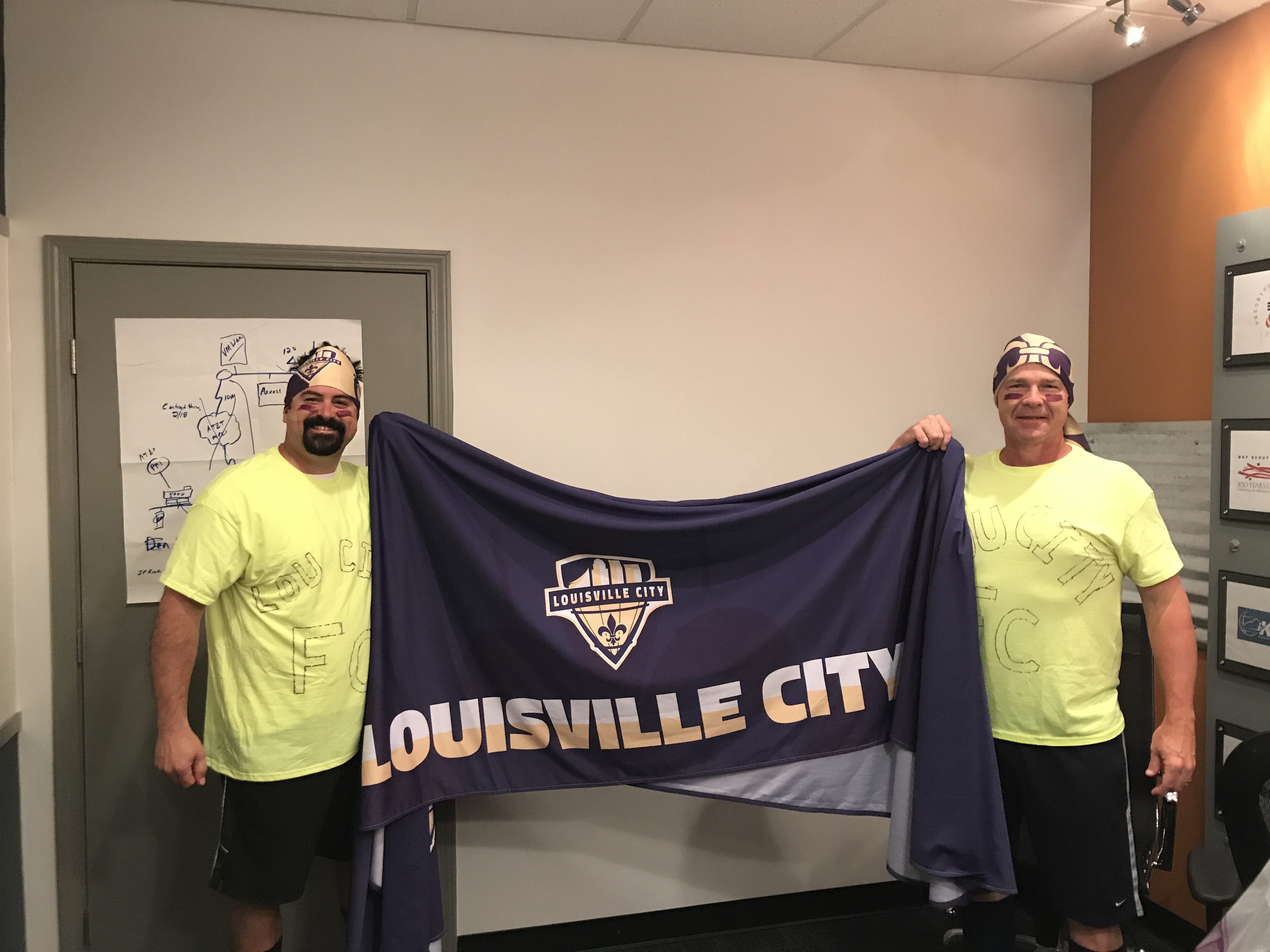 Louisville is a town that is very, very passionate about basketball, and stands behind their teams through thick and thin. So, when Louisville City FC arrived on the scene in 2015, we had no doubt that there were more than enough fans to go around.

And they have shown up.

If you have yet to attend a LouCity game, you are missing a great time! Even, if soccer isn’t something that you are very familiar with, the excitement in the stadium is contagious. Adults and kids alike quickly get caught up in the atmosphere and become fans of the game!

The fans are an integral part of LouCity and their culture and we are proud to be some of their biggest fans.

For now, LouCity calls Slugger Field home but hopes in the coming years to establish their own stadium. Doing so will give them a shot at an MLS (Major League Soccer) bid. It is a very real possibility that LouCity will be the first professional sports team in Louisville.

Likely, you are wondering why we are sharing this information with you, beyond the fact that LouCity is a really cool organization.

Unified Technologies has partnered with LouCity to provide their telecommunications coverage. We are so excited to be able to provide top notch service to LouCity and their staff.

Just like the fan base at LouCity, here at Unified, we are extremely passionate about the level of service that we provide to our partners. Yes, we consider all of the businesses that chose to trust their business to us, partners.

That being said, we have recently partnered with Boys and Girls Haven and we donated 30 tickets to the LouCity FC vs. Cincinnati FC game, on Saturday, August 12th.

As you might have imagined, Cincinnati FC is a rival and when the two teams play it is a very big deal. The goal for the game on August 12th was a sell-out crowd and that happened on Saturday!

If you have been on the fence about attending a game, grab your family and head out to Slugger Field and cheer on LouCity!

If you are wanting to learn more about who we are at Unified, visit our company page.  If you would like to buy tickets to see a LouCity game for yourself, you can do that on their ticket page.

Check out the rest of their schedule below.