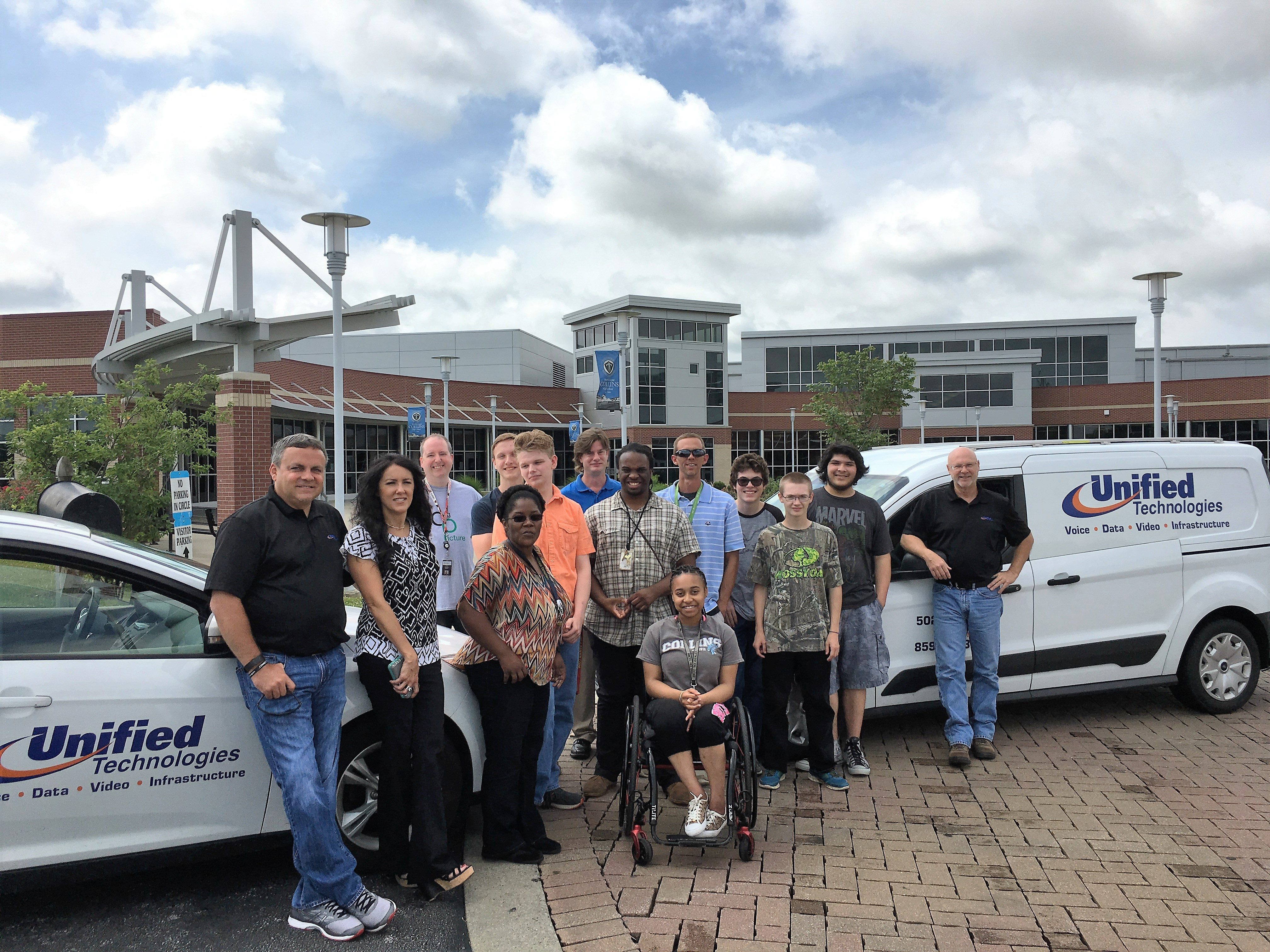 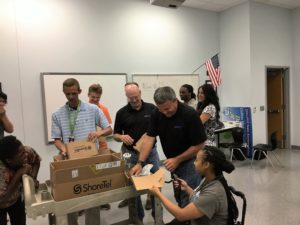 I visited the crew at Martha Layne Collins High School when the last site was added to the project a couple weeks ago. One aspect of this project that was unique to our typical installations was that we used students from their technical program to assist in the project. A summer work opportunity was created by SCPS specifically for this project. The students worked as paid interns for the school systems and the project offset the Shelby County School System’s total investment of the new communications platform by providing part of the labor involved. 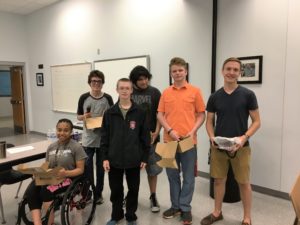 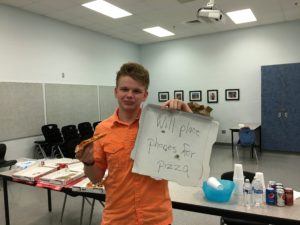 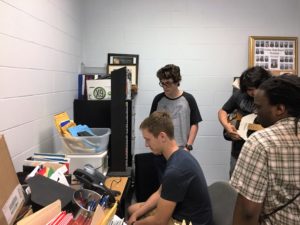 When I arrived at Martha Layne Collins on June 15th, the team was wrapping up the final site and gathering for a pizza lunch to celebrate the success of the project. There were 7 students on hand –  Jake Higgott, Bradley Shuman, Zachary Brandenburg, Oswaldo Godinez, Devin Lloyd, Brittany Taylor and Alex Pena. They were running phones to various locations around the school, setting them and connecting back to the ShoreTel system. Kim Couch and Glenn Riggs were the Unified Technologies technicians assigned to the project and Lisa Simon was the Project Manager. Brian Goul was the Account Rep. There were 6 Shelby County staff members on hand as well. 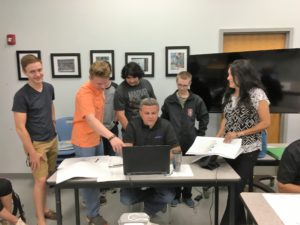 “We’d like to have these kids on every job”, said Glenn Riggs.  According to Kim Couch, “it took less than a half day to adjust to having them on the team and it’s been great ever since”.

It’s not the first time Shelby County Public Schools has used students for projects like this, and they certainly had success this time. There were about 12 students that applied for the internship. Students needed to be at least 16 years old and had to still be in school over the summer, which ruled out any outgoing seniors.

“Unified’s philosophies are aligned with ours. I’ve worked with a lot of vendors over the last 30 years. Your guys have been great to work with. You do what you say you’re going to do.” Eddie Oakley, COO, Shelby County Public Schools. 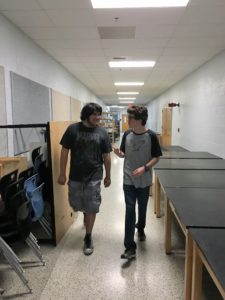 Since Unified Technologies is a registered provider on the KETS contract along with the ShoreTel and Mitel systems we support, we are in the process of partnering with more school districts across the state. We will certainly suggest using this model on future installations. Using students on the installation decreased the initial investment, gave the students a hands-on learning experience and made the project a lot of fun for everyone.