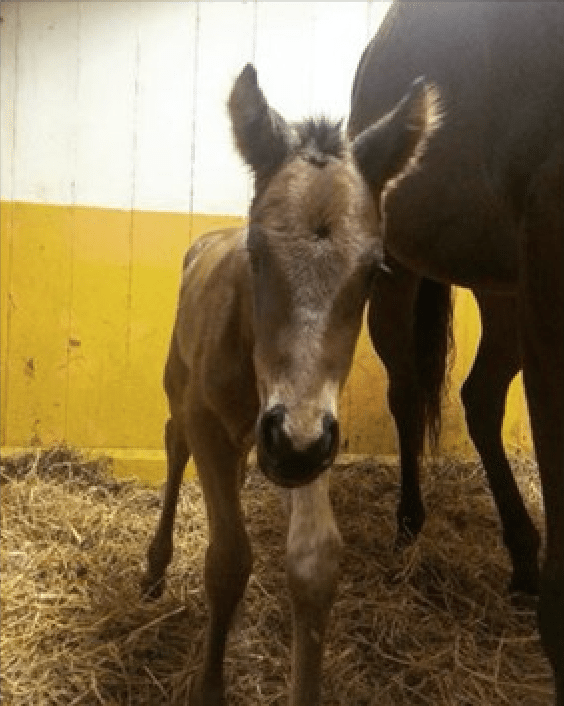 That’s Interesting: A fact about horses 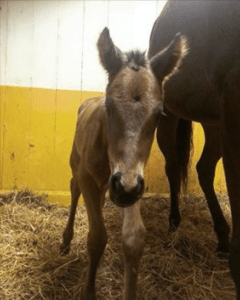 Here in Kentucky we pride ourselves on knowing horses, or at least how to party around them in the spring. Here’s an interesting fact: Thoroughbred horses born in the same year are all considered the same age and turn one year older on January 1st each year. For racing purposes, breeders attempt to get the best advantage for their foals, so they breed for foaling to happen just after New Year’s. That way their foals are more developed than the ones they will be racing against who are born later in the year.

We are installing a new ShoreTel phone system for Claiborne Farm today and this morning they had their first foal born in 2016. Perfect timing to gain an edge over horses born later in the year. Congratulations, Claiborne Farm on your newest addition! She’s adorable. Maybe she’ll be an Oaks winner one day.

Another interesting fact is that breeding season starts around Valentine’s Day. Coincidence? Maybe. The reason that horse breeders start in February is because a horse carries its baby for 11 months, so starting in February gives them a better chance to hit that first of the year birthday. The little cutie in this picture was photographed by Mary Stewart White of Claiborne. The foal doesn’t have a name yet. Most newborns go by their mother’s name until they are about a year old.