We’ve talked about it for a year. The change took place last weekend.

We’ve talked about it for a year.  The change took place last weekend. 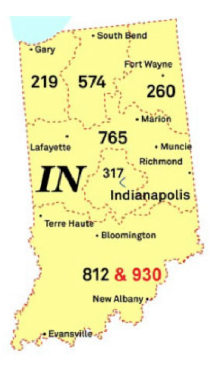 In March, 2014 it was announced that Southern Indiana would need to go to 10 digit local dialing so a new telephone area code could ‘overlay’ the existing 812 area code. On Saturday, mandatory 10 digit dialing began. Beginning March 7, 2015, the new area code will be assigned to new cellular and landline phones. You can request an 812 area code but once the remainder of the 812 numbers is used, only 930 area code numbers will be assigned.

We had several service calls Monday morning. While most smaller systems accepted the new 10 digit dialing with no issues at all, larger, more advanced systems required an adjustment to the call routing tables. We were able to dial into those systems and reprogram the dialing scheme to accept the change. Most calls took 20 minutes or less. Now those systems are ready for the new area code release.