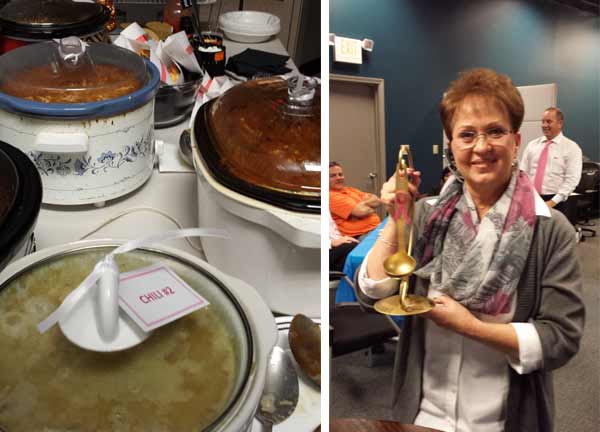 The winner of the 2014 Unified Technologies Chili Cook- is Helen Clasby. Competing against a unique assortment of chili’s, including pumpkin chili and several varieties of white chicken chili, Helen captured the coveted ‘Golden Ladle’ trophy with a dark chocolate twist on traditional red chili.

Everything was delicious, including Jim Bartlett’s famous peach and apple cobblers a la mode.

As the 3rd weekly installment of our ‘Pink Friday’ Breast Cancer Fund Raiser wrapped up, we counted a record amount in donations. The company will match the money raised and we will make a donation at the end of the month to Breast Cancer Research. 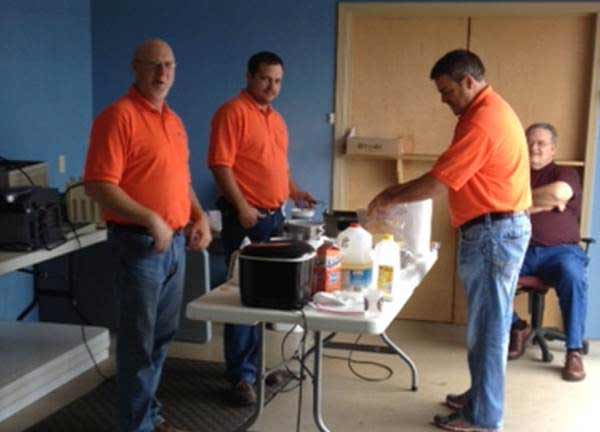 Last week’s fish fry had Kim Couch, Doug Banks and Glenn Riggs frying this summer’s catch of crappie along with hush puppies and fries.  We are still trying to decide what next week’s lunch will be.  If anyone has an idea we’d love to hear it.