A Derby Princess in the Family

It’s springtime in Louisville.  The cold weather is finally behind us, for the most part, and all thoughts turn to Derby.  With the upcoming Derby events, we wanted to take a chance to congratulate our own Chelsea Diamond.  (Chelsea is Scott Diamond’s daughter.) 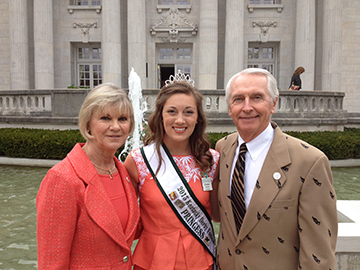 Chelsea is one of the five Derby princesses selected to represent Louisville in this year’s Royal Court.  Chelsea is a junior at Transylvania University in Lexington and is an accomplished student and athlete.  During her reign as a Derby princess, she has over 70 events to attend and many of them will be coming up in the next week.  Chelsea was on television this past Saturday with the other princesses as they launched the start of Thunder Over Louisville, and she will continue to be in the media, giving interviews and attending Derby events around the State over the next week. We could not be more proud of Chelsea as she represents our State. What a wonderful young woman…and now princess!