Luckett & Farley announced that Gail Miller, vice president and member of the leadership team, retired recently after more than 25 years with the firm. 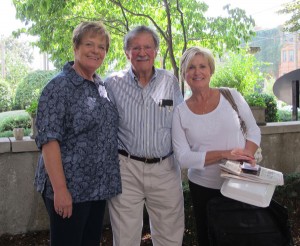 Gail began her career at Luckett & Farley in 1985 in the accounting department. And many of us at Unified Technologies began our relationship with Gail only four years later in 1989.

“It has been an absolute pleasure to have worked with Gail on Luckett & Farley’s telecommunications needs for so many years,” said Scott Diamond, CEO of Unified Technologies. “Gail is the type of friend and customer that we love partnering with. She is full of energy, ideas and has been a joy to work with.”

To read more, check out this previous post on our blog about Luckett & Farley’s ShoreTel IP solution.