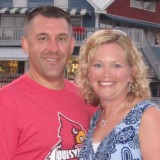 Anne Burgess, CIO of Commonwealth Credit Union, mentioned how existing Unified Technologies’ customers and ShoreTel‘s opinion of the Unified team really played into their decision.  “All the various customers we talked with really sang Unified’s praises.  They said Unified made the difference in their project…if Unified wouldn’t have been involved, their project wouldn’t have gone as smoothly as it did,” said Burgess. “In addition, ShoreTel highly recommended Unified Technologies as their top reseller in the area.”

“The fact that Unified Technologies has their entire team (sales, project managers, and engineers) trained and certified on the various aspects of the product made a huge impact as we did our due diligence,” noted Burgess.

James Summitt, Electronic Services Manager for Commonwealth Credit Union, discussed the process that Unified Technologies took their team through, “They (Unified) built their solution based on our needs that we shared with them on day one.”  Summitt went on to say, “Honestly, Unified set the bar for the competition.  They (Unified) shared their process with us during our first meeting, and they followed that process throughout our entire evaluation.  That allowed us to develop a trust in them very early on.”

Burgess echoed Summitt’s evaluation, “Unified Technologies was extremely attentive to our wants and needs,” she said.  “They took our needs to heart and kept them front and center throughout the process…that’s just not what we get from other companies…Ultimately, that helped them win the business.”